The Saharan Palette by Juvia’s Place is not one that I originally planned to buy but it went on sale so I decided to grab it. It’s my fifth palette from Juvia’s Place and for now the five I have are the only ones I really want. This palette is $20.00 and I no longer have the box so I’m not for sure how much product it contains. Juvia’s Place does not have that information on their website but based on how the pan sizes look I believe they are the same size as the Nubian palette which contains 18 grams/0.63 ounces of product. There are eight shimmer/metallic shades and four mattes. I’m going to give you all the pros and cons and then show you five looks I made using this palette.

*I put together five looks using this palette. I am not that great at doing eyeshadow so these aren’t meant to be tutorials. I do this so you can see the shadows actually on my eyes. I won’t be describing where the shadows are in the palette since they do have names. I go in order of the swatches on my hand so that you can put the name to each shade. You can click on each picture to see it better. The only shade I did not use in this palette is Sokoto, the neon orange in the top row.

As always when I’m trying a new palette, I usually do a very neutral look first. This one turned out fine. It’s not exciting but it’s a nice everyday look. 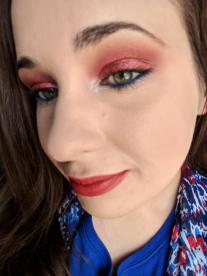 So, the fourth of July happened to come around while I was trying this out and this palette was perfect for it! I did use my blue e.l.f. eyeliner and the blue shadow in the Nubian 2 palette on my lower lash line. 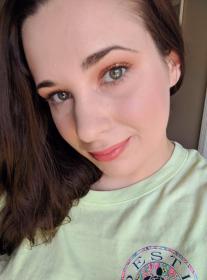 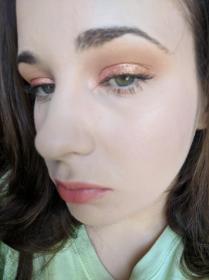 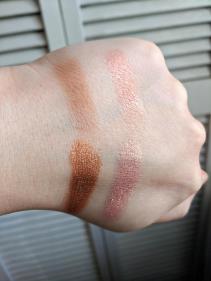 This is just another neutral look but I actually like it better than the first one. It turned out very rose gold-ish. 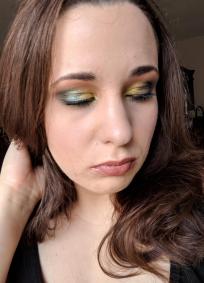 This look ended up being a bit more wild than I meant it for to be, lol. The colors just didn’t really go together like I thought they would. 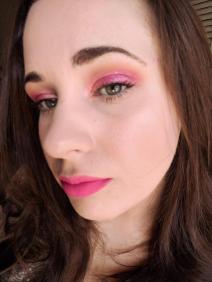 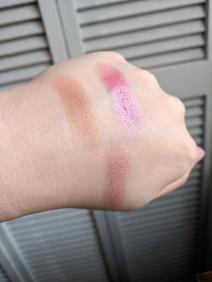 I absolutely loved the way this look turned out! The pink shade, Fula, is one of my favorites from the palette.

I really like this palette but it is my least favorite from Juvia’s Place. The colors are beautiful but a lot of them just don’t work together, in my opinion. I think this is a great palette to use with other ones but not necessarily on it’s own. I couldn’t get a lot of depth with the looks because there just isn’t enough mattes. If you love the shadows in this palette and you don’t care about the mattes then I say get this because the quality is good but if you love mattes then this isn’t going to be for you. Have you tried this palette? What do you think about it? Let me know! Thanks for reading and have a great day!