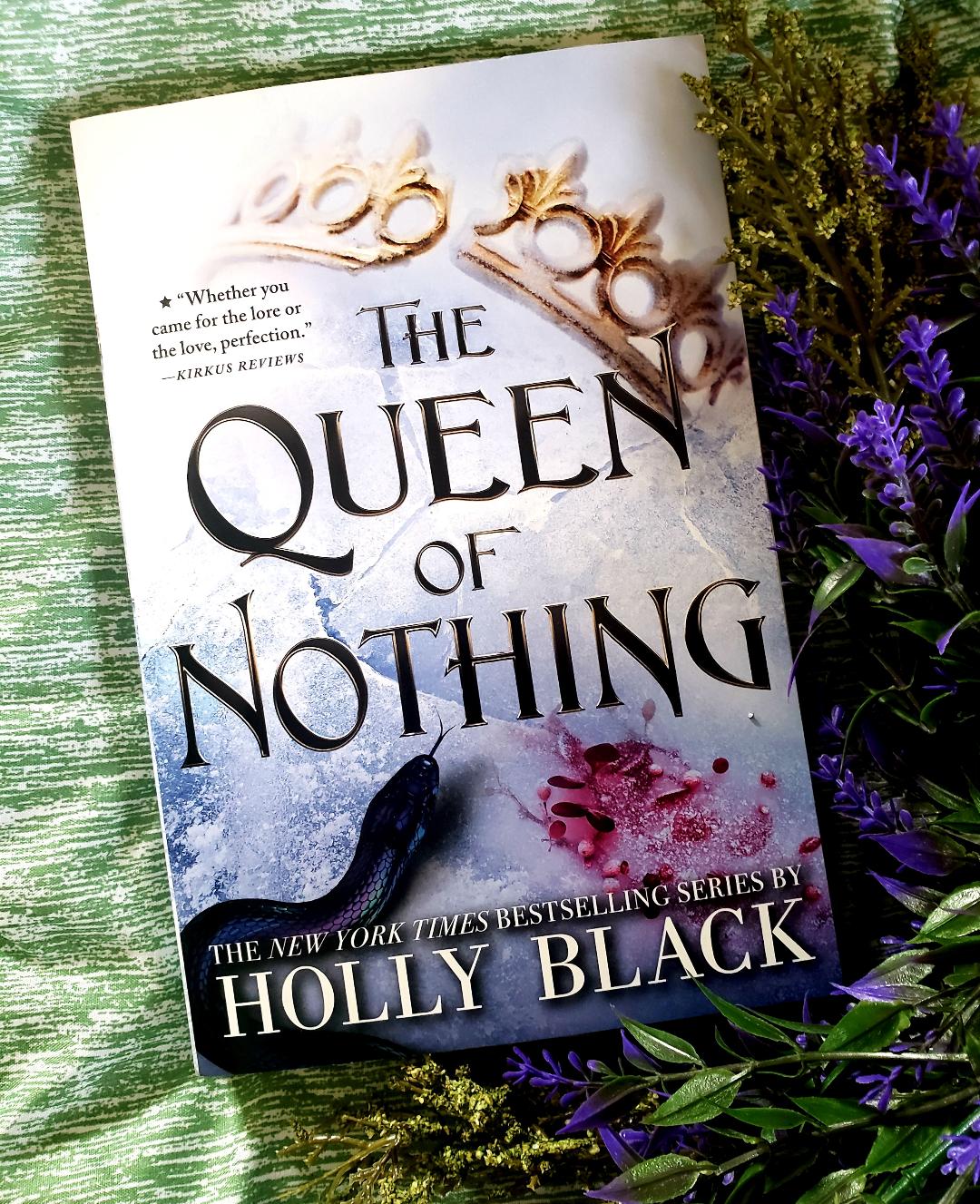 I have finally reached the end of the Folk of the Air trilogy by Holly Black with The Queen of Nothing. I enjoyed the first book, The Cruel Prince, but didn’t like the second book, The Wicked King, AT ALL. I did like this book the best out of the three butttt that’s not saying much. This trilogy as a whole was very disappointing. Let’s talk about it. This review will have spoilers.

Power is much easier to acquire than it is to hold onto. Jude learned this lesson when she released her control over the wicked king, Cardan, in exchange for immeasurable power.

Now as the exiled mortal Queen of Faerie, Jude is powerless and left reeling from Cardan’s betrayal. She bides her time determined to reclaim everything he took from her. Opportunity arrives in the form of her deceptive twin sister, Taryn, whose mortal life is in peril.

Jude must risk venturing back into the treacherous Faerie Court, and confront her lingering feelings for Cardan, if she wishes to save her sister. But Elfhame is not as she left it. War is brewing. As Jude slips deep within enemy lines she becomes ensnared in the conflict’s bloody politics.

And, when a dormant yet powerful curse is unleashed, panic spreads throughout the land, forcing her to choose between her ambition and her humanity…

The Queen of Nothing, unlike The Wicked King, was semi entertaining. It was fast paced so I was able to read through it rather quickly. I was never bored while reading it BUT I still wasn’t invested in the story. Like the other two books, it was so bland. These books are technically well written but Black does nothing interesting with the really cool fantasy world or the fae that she’s created. This book (and trilogy) was a stereotypical, cookie cutter YA fantasy. It lacked drama, depth or anything that would make it memorable.

To sum up a few of my main issues with this series as a whole: Jude and Cardan fell in love despite having no chemistry and never flirting. The outcomes of all the “high stakes” events were obvious. Nothing major happened as far as main character deaths or anything else. I also don’t feel like I really know any of the characters and that’s a shame after three books. As you can probably tell, I don’t recommend this series.

I hate to say it but these books were a major waste of time and money. There are much better YA fantasy options out there so skip these and find something else. If you’ve read the Folk of the Air trilogy, let me know what you think! Thanks for reading and have a great day!