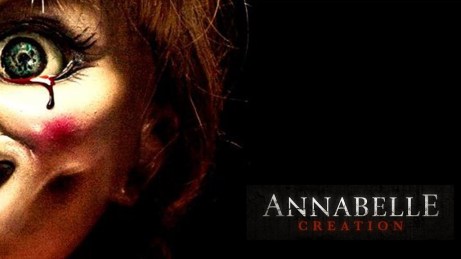 I want to say right off the bat that Annabelle Creation gave me a stress headache. That’s how tense I was the majority of this movie, haha. If you don’t have clue what this movie is about it it is the sequel to Annabelle. These are also considered spin off films from The Conjuring. I love all of these movies and this one was no different. There will be spoilers in this review. 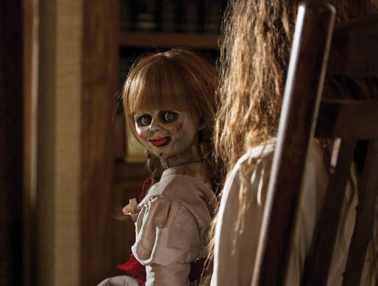 In 1943, dollmaker Samuel Mullins and his wife Esther tragically lose their young daughter, Annabelle, when she is hit by a car right in front of them. The couple prays to whatever power that can return their daughter’s spirit to them. It starts out small with just noises in the house and then they begin seeing glimpses of Annabelle. “Her” spirit asks them for permission to move into her old doll to have a more physical form and they say yes. Soon after, they realize that it isn’t their daughter in the doll, it’s a demon. They have it blessed and locked in a closet filled with pages from the Bible. Twelve years later as a form of penance they open their home to a girl’s orphanage. The demon awakens and begins to torment one of the girls, Janice. It appears to her at first as the little girl Annabelle and eventually shows it’s true demon form. The demon eventually takes over Janice’s body and murders the Mullens. The rest of the orphans and the nun manage to escape but Janice is nowhere to be found. Janice has disappeared out of the house and goes to another orphanage where she is adopted. Twelve years laters she brutally murders her parents, setting up the events in the first Annabelle movie scenes. 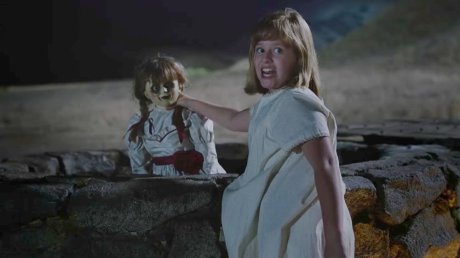 In my opinion, this sequel is much better than Annabelle. I really don’t even remember much about the first one. I remember it was creepy but not really scary. This movie is scary. Is it the most original and shocking storyline? No it is not. In fact, most of it was pretty predictable. I mean you pretty much know before each jump scare that there is one coming, that the girl was actually a demon and basically what’s going to happen next. However, the setting, the imagery, the acting, the props and just the overall atmosphere makes this movie so unsettling. 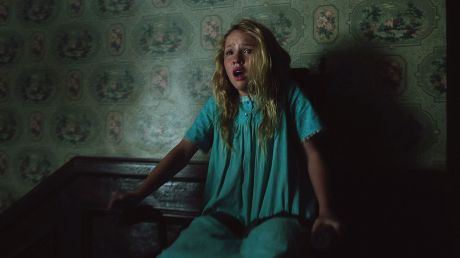 If you’re looking for a good horror movie to watch I highly recommend this one. Even if you haven’t seen Annabelle, this movie’s storyline is a prequel so you can watch it first with no issues. Have you already seen this movie? What did you think? Thanks for reading and have a great day!