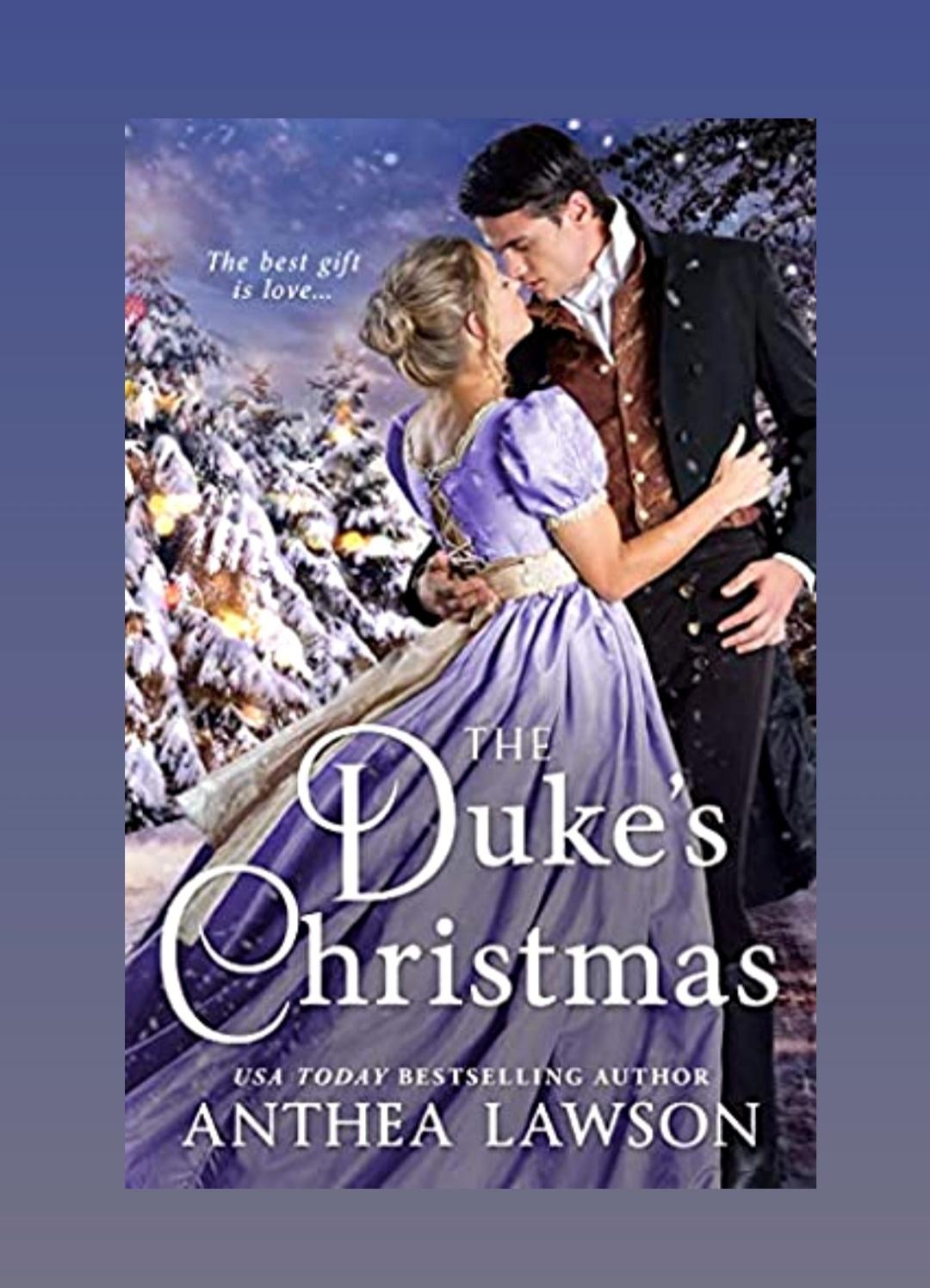 I recently reviewed a novella collection called Noble Holidays by Anthea Lawson. It consisted of four stories and you can read my reviews for the first two here and the second two here. I really enjoyed that collection so when I discovered that Lawson had released another Christmas novella for 2020, I had to pick it up. “The Duke’s Christmas” is a quick read filled with cutesy holiday goodness but unfortunately, I didn’t like it quite as much as some of the other novellas by this author. This review will have slight spoilers.

Escape into the warmth of a Victorian Christmas, where the scent of fresh-baked gingerbread and the festivity of the season conspire to mend an old family feud and bring together a couple perfect for one another (if only they could see it), in this newest sweet tale from USA Today bestselling author Anthea Lawson.

Turned out of their home just before Christmas, Miss Mena Clarke and her mother have no other option than to accept an invitation from Andrew Harrington, the 5th Duke of Beckford, to spend the holidays at his country estate. Mena wants nothing to do with the boy who teased her so horribly in their youth, not to mention the bitter quarrel between their parents that has kept the families apart for a decade. Yet, as the snow blankets Yorkshire in white, fresh beginnings don’t seem quite so impossible, after all…

Mena Clarke and her mother have no choice but to rely on the charity of their estranged friends after the death of Mena’s father. They can no longer keep their home and with limited options, they need somewhere to stay during the holiday season. Though the older generation of Clarkes and Harringtons had a disagreement, the younger generation did not and they want to soothe the rift between the families. Mena, though feeling slightly awkward, is happy to be with her childhood friends once again. She hasn’t seen the Duke of Beckford, Drew, since he was a young boy and can’t help but notice how handsome he’s grown. She knows a relationship between them will never work because of their different stations in life but the Christmas season has a way of leading to happy endings.

I wanted to like this novella so much more than I did. It definitely had potential but it simply fell flat. My main issue is with the romance. Mena and Drew had almost no chemistry. They reminisced about their childhood antics but there really wasn’t much other interaction between them. There was no cute banter, tension or flirting. They decided to get married based on their mutual attraction and childhood friendship alone. That makes for a really boring romance. I also thought the other characters were bland. You could have removed almost all of them and still had basically the same story. “The Duke’s Christmas” isn’t awful but it’s not on par with most of the novellas in the Noble Holidays collection.

I don’t regret reading this novella because it was so short but I recommend the Noble Holidays collection more. What are your favorite kind of books to read during the Christmas season? Thanks for reading and have a great day!