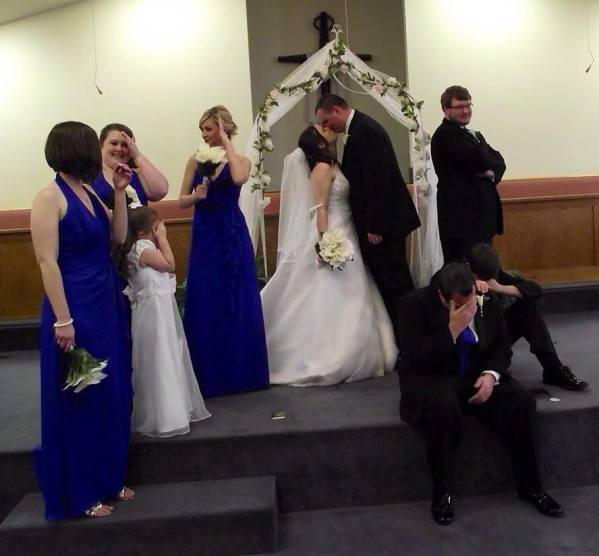 I’m aware that this chatty post about my wedding and anniversary will not be interesting to most but I’m doing it for myself. However, I would love for you to read if you’re interested.

On January 25, 2014 I married the love of my life in a sweet and simple church ceremony. As of tomorrow we will be married for three years; and since our dating anniversary was at the beginning of February you might as well say we have been together a total of eight years. I met my husband, James, when I was sixteen and he was eighteen in 2009 and from there it was history. We dated for four years and were engaged for a year before we got married at the beginning of 2014.

He proposed to me at my most favorite place in the world, the zoo (because I am a child in an adult body). I wanted a year long engagement because I get incredibly anxious if I don’t have time to plan things to a tee. I knew I wanted my wedding day to be perfect, of course, but I also knew we were on a budget. I’m very into DIY projects and I knew for this I was going to have to put all my skills into it to make it work.

I started pricing flowers and since it was so close to February, Valentine’s Day, the prices were ridiculous. So I decided to make everything that involved flowers myself. I made my bouquet, three bridesmaids bouquets, eleven boutonnieres, seven corsages  and either four or six large vases filled with flowers. This was a labor of love haha. I feel like I spent that entire year making that stuff but it was so worth it. I used the True Touch flowers from Hobby Lobby and they were gorgeous, and so affordable.

For all the other decorations, such as, centerpieces, aisle bows and table decor, my mother and I pretty much lived at Hobby Lobby and other craft stores. It all turned out exactly like I wanted it to. I can’t remember for sure, but I’m willing to bet we didn’t spend over $200.00 for every bit of the flowers and decorations.

We also stayed on budget amazingly well with the clothes. I had been searching for THE dress for months and wasn’t having any luck. My family and I went on vacation and just happened to stop into a second hand store and there it was, my dress. I tried it on, because there was no way I would get lucky enough for this gorgeous dress to fit but it did! It fit me like a glove and only needed minor alterations. Alterations, cleaning and the dress itself did not cost over $300. For my bridesmaids we got their dresses on sale for $100.00 a piece at David’s Bridal and I paid half as my gift to them. That was an amazing deal as well. Last for the ladies was my beautiful little flower girl. I found her dress at a second hand store as well, for less than $10.00. The guys had to rent their tuxes but that was fairly inexpensive. All of the outfits were beautiful and we weren’t having to still pay for them six months after the wedding.

What costed us the most was the food. We did splurge and have it catered, but we saved so much in other areas I felt it was worth it. Overall, from clothes to food to decorations our wedding costed $3,000 or less. I know to some that’s a huge sum, but to others they wouldn’t be able to imagine having a wedding that cheap. Of course, I’m not throwing these numbers out to brag but to give encouragement. You can have a gorgeous  wedding day and not go into debt over it. Our day was beautiful and perfect. I wouldn’t change a thing.

Now to the present. Marriage isn’t easy but it is so worth it. My husband is my soul mate and I would never want to do life without him. This past year we have faced medical issues and other trying things but he’s been my rock through it all. Happy Anniversary to my wonderful husband! 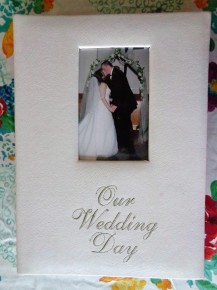 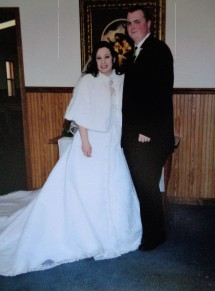 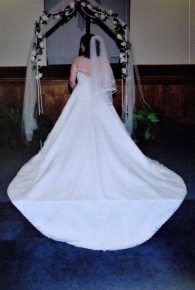 Our wedding pictures aren’t actually this poor quality, I just didn’t feel like uploading from the disk so it’s pictures of pictures. These are just a few of the million we have from that day haha. Thank you for reading and have a great day!