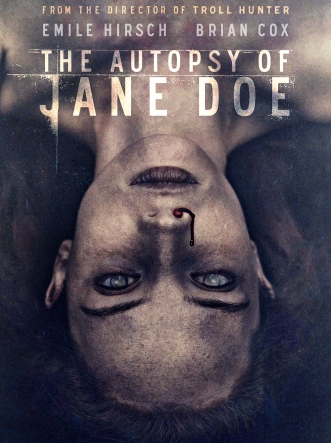 It’s a beautiful spring day so what better time to talk about horror movies? To be more specific, The Autopsy of Jane Doe. This movie was so so good. I love horror movies, even though I spend a good portion of them watching through my fingers. However, I am picky about my horror movies. I HATE gore, it literally makes me nauseous. When you take out gore that leaves supernatural, psychological and suspense horror. The Autopsy of Jane Doe is definitely a supernatural and suspense kind of movie. This is not a new a release. It came out in December 2016 and I believe I watched it for the first time in January. I have seen it twice so I thought I would let all of you know in case you’re looking for a good one to watch. 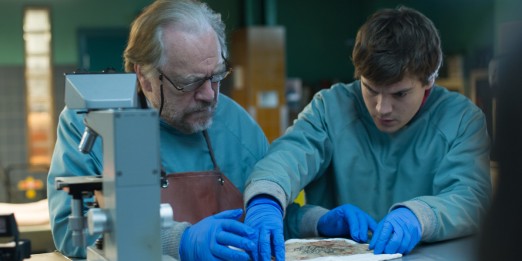 The movie begins with police investigating a horrific crime scene at a local family’s home. The occupants of the house are all dead and it looks like they died trying to escape the house, rather than someone getting in and murdering them. A woman is found half buried in the basement and is taken to the local coroner, Tommy Tilden. Tommy and his son, Austin, run a funeral home that has been in their family for generations. The police can not figure out who the woman is so she is classified as a Jane Doe. Tommy and Austin begin the autopsy and with every step uncover more of a mystery. The woman has been beaten, burned, stabbed, and her tongue removed but the outside of her body is completely unmarked and unharmed which is impossible with her injuries. As the two proceed further with the autopsy, things begin to happen. Strange noises, the other bodies in the morgue being where they shouldn’t be and a Jane Doe who might not be completely dead, just to name a few. The real question isn’t who is Jane Doe, it’s what?

As of right now, this is my favorite horror movie. Like I said above, it’s not gory but there are moments with blood and general ickiness, I mean they’re performing an autopsy so you kind of have to expect that. This is a movie that is genuinely scary and doesn’t rely on jump scares and stupid people making stupid mistakes. All of the characters are very intelligent and likable. There is no random sex scenes either, thank God. I have no idea why most horror movies have to have a bunch of pointless sex thrown in, but that’s a discussion for another day. As for the ending, it’s very open ended. I generally don’t like movies or books that end like that but it fits with this story.

If you haven’t seen this yet I highly recommend it. It’s well written and very creepy. If you have seen this movie let me know what you thought about it and feel free to give me some movie recommendations! Thank you for reading and have a great day!

3 thoughts on “Movie Review of “The Autopsy of Jane Doe””