I literally just finished season three about an hour ago and I had to get out how I feel about it. Before we go further, if you’ve never heard of Reign I recommend you check out my spoiler free review of Season 1 and I have also reviewed Season 2. Now let’s get into this. I have two words to describe this season: heartbreaking and irritating.

At the end of season two we learn from Nostradamus that Francis is going to die. There will be no escaping or avoiding it, and unfortunately this is true. The first five episodes of the season are heartbreakingly bittersweet. Francis and Mary have repaired their relationship and Francis’ health is even improving. The two plan a romantic trip to Paris but are attacked on the way by men sent to kill Mary. Mary is unscathed but Francis is not. He dies in Mary’s arms in what is honestly one of the most devastating scenes I have ever seen. I may have bawled (I did). Now from this point until the last episode I did  not enjoy this season and not just because Francis was gone. 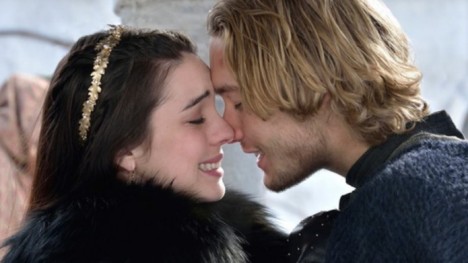 Mary and Francis’ mother, Catherine, seriously only mourned him for like a month. I understand that royalty would have to move on quickly for political reasons, however, any human being who lost a loved one would be devastated in private. Every once in awhile Francis would be mentioned but it was not the kind of grief you would expect from a mother and a widow. Extremely soon after his death Mary is already “in love” with the English ambassador, Gideon Blackburn. This is purely the fault of the writers and a complaint I’ve had since season one. It’s just fiction and fantasy but, come on, at least make it a little believable. So many times huge and traumatic events will happen and the characters react briefly and then they’re over it and it’s never mentioned again. 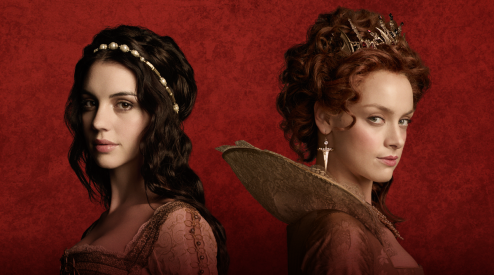 From here we’re introduced to Queen Elizabeth Tudor of England. I really liked the actress they chose to play her and her portrayal of Elizabeth. I’m a Tudor court nerd, thank you Philippa Gregory, so I enjoyed finally seeing England and that point of view. Lola, Mary’s friend and Francis’ son’s mother, is sent to England because of politics, to put it simply. She befriends Elizabeth and everything is good until in the last episode she gets a letter from Mary asking her to help an assassin kill Elizabeth. Out of loyalty to Mary, Lola decides to do it but the plan fails. Lola is arrested and beheaded. I really liked Lola, much more than Mary, so I was pretty upset. Also, Lola was the last of Mary’s ladies in waiting from Scotland. Aylee died in season one, Kenna went away after getting pregnant and Greer also went away after getting pregnant. Kenna and Greer haven’t been mentioned since they left, in true Reign fashion, but maybe season four will tell us more about what they’re up to. Anyways, after Lola is beheaded we find out Mary wasn’t even behind the plot, so sweet Lola died for nothing.

That was all the main points of this season, to me anyways. As always, there was a lot going on with the other characters. Charles has became king, Leith and Claude are together and Bash is doing his usual thing (side note, Bash has decided he’s in love with Mary again, which honestly, I foresaw coming when it was first said that Francis was going to die). I didn’t despise this season but I definitely didn’t love it. I think the main reasons I dislike it is the way it’s written at certain points and the treatment of poor Francis. Francis and Lola were my favorites so I’m not sure how much I’m going to care for season four. Season four is the last season and once it is out on Netflix I will review it. I think that’s everything. Let me know what you thought about season three of Reign! Thank you for reading and have a great day!