I am literally the worst review blog in the world. I’ve been waiting for the last and final season of Reign to be released on Netflix and somehow I missed that it’s been on Netflix for over a month. Anyways, once I found it I quickly binge watched it and oh boy do I have some thoughts. If you’re interested, settle in because this is going to be a long one. This is going to be filled from start to finish with spoilers. If you have never heard of Reign check out my Season 1 Review. I’ve also reviewed Season 2 and Season 3 if you need to catch up.

In season three Mary returned to Scotland, Charles became King of France, Lola was beheaded for plotting against Queen Elizabeth and Bash has left to discover his Pagan roots. That is obviously not all the characters but that pretty much sets the stage for season four. The season begins with Lola’s funeral in Scotland. Mary attends and has Greer with her; eventually Greer decides to be Mary’s lady in waiting and move to Scotland with her (Greer’s) infant daughter, Rose. Mary’s hold on Scotland is tumultuous for the simple fact that she’s a woman. She knows that she needs to get married and it needs to be a man with ties to England so that her claim for England’s throne will be even stronger. She decides to marry Henry Stuart, Lord Darnley, because of his bloodline and ties to England. The two have sex before they get married and Mary becomes pregnant with their only son and child, James. They get married but they never love each other. Darnley is a drinker, gambler and a cheater. He also continuously plots against Mary because he wants the Crown Matrimonial, which would make him the King of Scotland instead of just king consort. Mary eventually orders the murder of Darnley which sets her downfall in motion. While Mary is dealing with all of this in Scotland there is a lot going on in France. Charles, Francis’ younger brother and the new king, has been dealing with severe depression. He ends up abandoning the castle and running away to live with a peasant family. While there he falls in love with a peasant girl, Nicole. After a visit from his mother, Catherine, and Narcisse, Nicole convinces Charles to return to court. Meanwhile, while Charles has been gone his older sister and Queen of Spain, Leeza, has called for their youngest brother, Henri, to return to court to replace his older brother. Once both brothers are at court it’s a constant competition and eventually Henri steals Nicole away from Charles. To keep her sons from killing each other Catherine makes a deal with a witch and the witch kills Nicole with a spell. The brothers then reconcile. The witch is psychic and Catherine asks her about the future of the Valois family. The witch tells her that Charles will lose his throne. If he doesn’t lose his throne than Catherine will be killed unless she goes and gets her daughter, Margot. Back in Scotland time jumps forward and Mary is under house arrest after Elizabeth breaks her promise to protect her. Mary is beheaded after her son refuses to save her so that he can stay Elizabeth’s heir and the next King of Scotland and England. The moment Mary is beheaded she wakes up in the arms of Francis and the two are reunited forever. 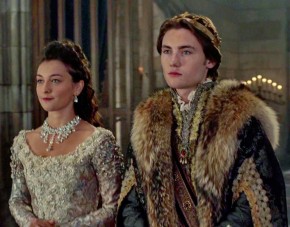 There was so much more going on in this season but I couldn’t possibly type out everything that happened. Above is just a very summarized version that I hope jogs your memory if it’s been a bit since you watched the show. This whole season left me shaking my head and just asking myself “what did I just watch?” I have so many issues that I think it calls for a bullet list so here we go…

The only part of this season that I loved was when Mary died she was back with Francis. It was such a sweet scene and I cried just a bit. Everything else was awful, only my opinion of course. I don’t know who the writers were and I’m not an expert but somebody needs to teach them how to write out believable relationships and scenes that actually make sense. The many talented actors and actresses made Reign as good as it was but it could have been so much better with better writers. 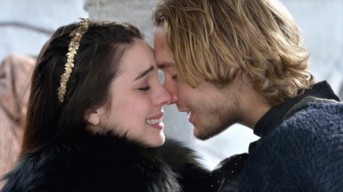 Au revoir, Reign. You had a lot of garbage moments but you had some really great ones as well. If you watched Reign let me know what you thought about the finale and the show in general. Different opinions are always welcome so it’s totally fine if you loved all of it! Thank you for reading and have a great day!