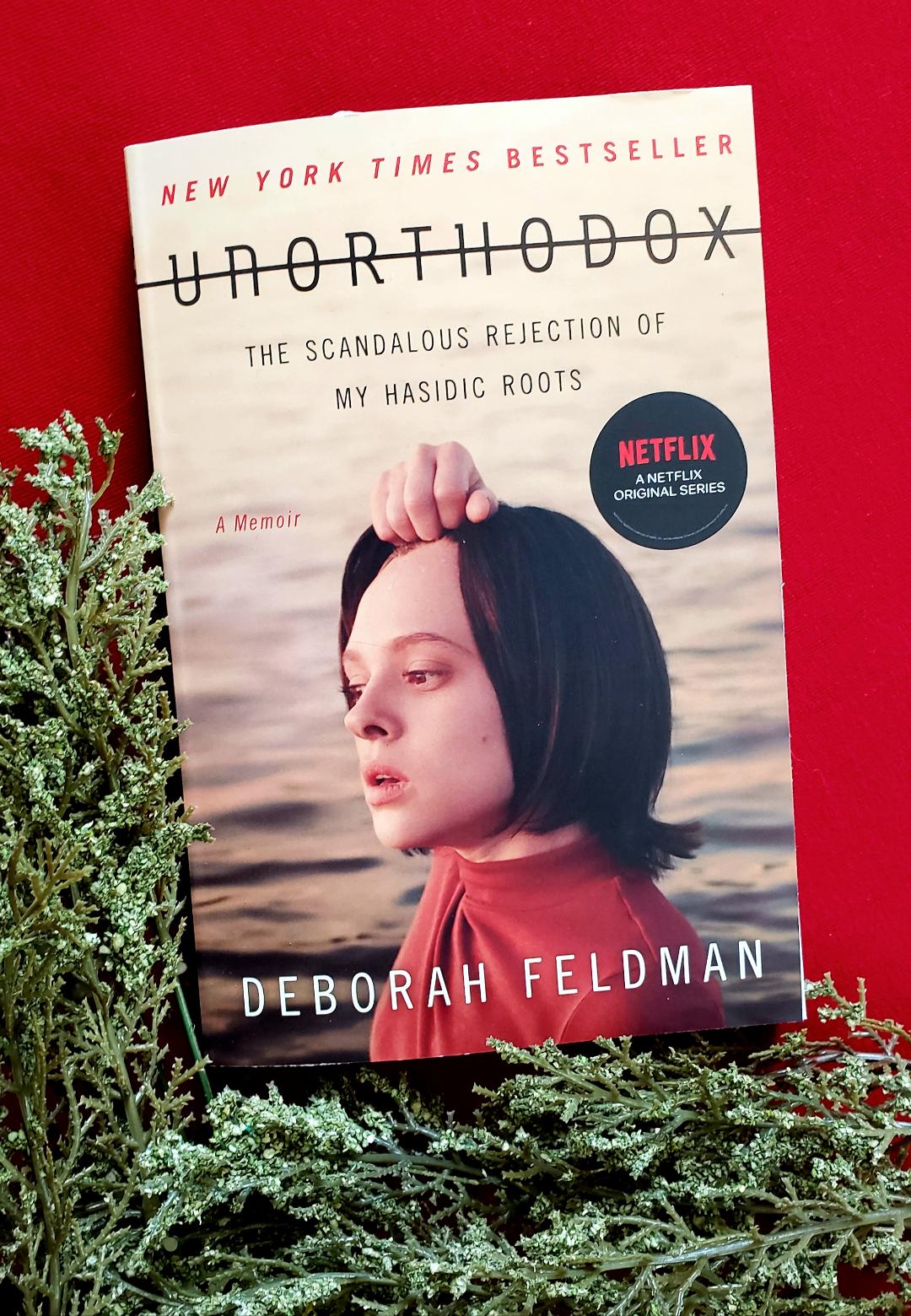 : The Scandalous Rejection of My Hasidic Roots by Deborah Feldamn is one of the worst books I’ve read. I’m usually not too critical of nonfiction because it’s not for me to say if somebody’s real life story is entertaining or not. However, this book is not only boring but its author is also a perpetual victim and not so great person. I’ll get more into my thoughts below. This review will have spoilers.

The instant New York Times bestselling memoir of a young Jewish woman’s escape from a religious sect, in the tradition of Ayaan Hirsi Ali’s Infidel and Carolyn Jessop’s Escape, featuring a new epilogue by the author.

As a member of the strictly religious Satmar sect of Hasidic Judaism, Deborah Feldman grew up under a code of relentlessly enforced customs governing everything from what she could wear and to whom she could speak to what she was allowed to read. It was stolen moments spent with the empowered literary characters of Jane Austen and Louisa May Alcott that helped her to imagine an alternative way of life. Trapped as a teenager in a sexually and emotionally dysfunctional marriage to a man she barely knew, the tension between Deborah’s desires and her responsibilities as a good Satmar girl grew more explosive until she gave birth at nineteen and realized that, for the sake of herself and her son, she had to escape.

I had heard about a Netflix show called Unorthodox and was curious about it so I decided to look up reviews. I found one on Youtube by Marion at My Jewish Mommy Life. She tactfully said that the show didn’t quite portray the Jewish faith in the same way that she had experienced it throughout her life but she knew that it was probably dramatized for TV. I’m paraphrasing her words but I definitely recommend watching her review and all of her videos in general. I binge watched almost her entire channel after finding that review and I’ve learned SO much about Judaism. I actually would have been lost when reading this book if it wasn’t for her channel. This brings me to the actual book review…

I decided to buy the book version of the Netflix show after watching Marion’s review. I love learning about different religions and cultures so that’s the topics I tend to read about in nonfiction. I wish I could say that this book helped to further educate me or even entertain me but that wasn’t the case.

Unorthodox begins with a young Deborah Feldman who is being raised in a Hasidic Jewish family. Her mother abandoned her as a baby and her father was not mentally capable enough to care for her so she was raised by her grandparents with help from her aunt, Chaya. If you’re like me, you might assume that Feldman left her faith and family because of abuse or religious oppression but that just wasn’t the case. Her family raised her in a strict religious household but they clearly loved her. This is obvious even when reading the book from Feldman’s twisted point of view.

Feldman is a special snowflake from the very beginning. She likes to read and daydream so that makes her better than all of her fellow Jews; I’m not being sarcastic, she actually says this in the book. From childhood, she believes that no one really loves her and that everyone is out to get her. Of course, this is sad but we as the reader NEVER see any evidence to back these beliefs up. Everyone in her life, for the most part, seems to treat her with kindness and love but for some reason she can’t stand any of them. Reading from her point of view was honestly draining because she is so negative. The only time she was positive in this book was when she started attending college and eventually left her husband.

Speaking of her husband, I feel sorry for this man that I’ve never met. She DRAGS his name through the mud for the sole reason that he wants to cuddle and have a loving relationship with her. Once again, I’m not being sarcastic, she actually says this. He basically let’s her do whatever she wants and she still resents him.

There’s actually a review for this book from a woman that knows him and knew of Feldman. She lived in the same community and actually disproves much of Feldman’s claims in this book. For example, Feldman doesn’t mention in the book that she has a sister or that her mother didn’t abandon her as a baby and actually left when she was a teenager. There were also many other “embellishments” sprinkled throughout this nonfiction story. If you’d like to read that review, you can do that here.

As for the writing, it’s simply not good. The pacing is horrible and I had to keep backtracking because things skipped around so much. Nothing about Judaism is explained. If you don’t have at least some knowledge of the religion, you’re going to be lost at many points. That is why Marion’s Youtube channel was so helpful to me.

Overall, this is simply a bad book. It’s not truthful or educational, as nonfiction should be, and it’s not even entertaining. It’s the story of a toxic woman that thinks she’s better than everyone around her. There’s much more I could say but I’ll leave it at this, don’t waste your time with this book. Thanks for reading and have a great day!

5 thoughts on “Book Review for “Unorthodox: The Scandalous Rejection of My Hasidic Roots” by Deborah Feldman”