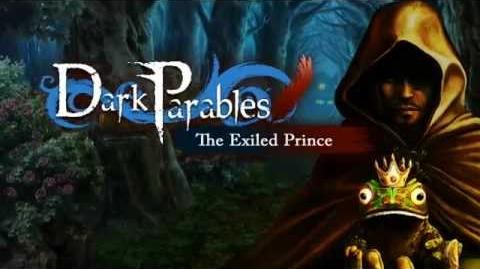 Last month I reviewed the first game in a lengthy series, Dark Parables: The Curse of Briar Rose, so today I’m going to review the second in the series, Dark Parables: The Exiled Prince. There will be a makeup look at the end inspired by the game so if you’re only interested in that feel free to scroll down. I’m not very tech savvy so while I will mention the game system requirements, I probably won’t be able to answer any tech questions. This also isn’t a walkthrough, only a review. Now onto the review!

Many centuries ago, a princess kissed a frog and transformed him into a handsome prince. Unlike the fable, they never ended happily ever after. It is rumored that the Frog Prince is still alive and now roams the deserted path in the Black Forest, capturing unsuspecting visitors. When the chancellor’s daughter goes missing, you are sent to investigate her disappearance.

The Exiled Prince was released in 2011, just one year after The Curse of Briar Rose. The changes made to the graphics and overall gameplay were astounding and set the standard for the rest of the series. This second game had much smoother gameplay mechanics, a more detailed world, less “cartoony” looking characters and just a more compelling story. The game is based on the story of the Frog Prince by the Brothers Grimm but as the game synopsis says, there is no happily ever after. James, the prince, is cursed with immortality. Each time a princess kisses him he changes from frog to human and they’re happy together… until the princess inevitably dies and he is forced to return to his amphibian form until the next princess comes along. We discover that his first wife was Princess Ivy, sister to Briar Rose from the first game. He has quite a few wives after her, including Snow White and Cinderella. Most of James’ wives get their own games later in the series and almost every future game ties back to this one. This is definitely one of my top three favorite games in the entire series. The atmosphere and music are just breathtaking. I feel like I discover something new every time I replay it. 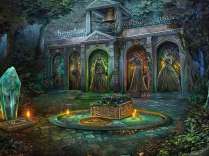 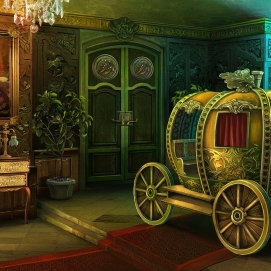 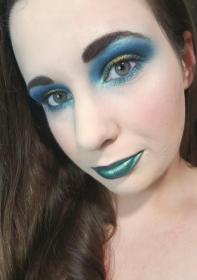 I wanted to create a makeup look using similar colors to the primary color palette used in the game which is filled with blue, green and gold. I used shades from three different Juvia’s Place palettes: The Magic, The Nubian 2 and The Saharan 2. On my lips is a discontinued lipstick from essence topped with the middle shadow on the bottom row in the swatches on my hand. I actually really love the way this look came out and feel it’s fitting for the game.

I hope this review was interesting or helpful. My review for the third game, Dark Parables: Rise of the Snow Queen, will up the last Friday in March. Feel free to suggest ways that I can improve these reviews and just give me feedback in general. I’d also love to know if you think you’d enjoy this game! Thanks for reading and have a great day!